Intestinal obstruction is blockage of the bowel that does not allow any food or liquid to go through and is a common surgical emergency. The blockage of the bowel leads to the accumulation of fluid and food in the bowel causing bloating, sickness and vomiting and the bowel can die (2 in 5 people) and/or burst becoming a life threatening emergency. In 4 out of 5 cases the small bowel is the part of the bowel that gets blocked. The most common causes of bowel blockage are scar tissue (adhesions) inside the abdomen commonly after previous open surgery on the tummy, hernias, diverticulitis, cancer, Crohn’s disease, twisting of the bowel (volvulus) and severe constipation. 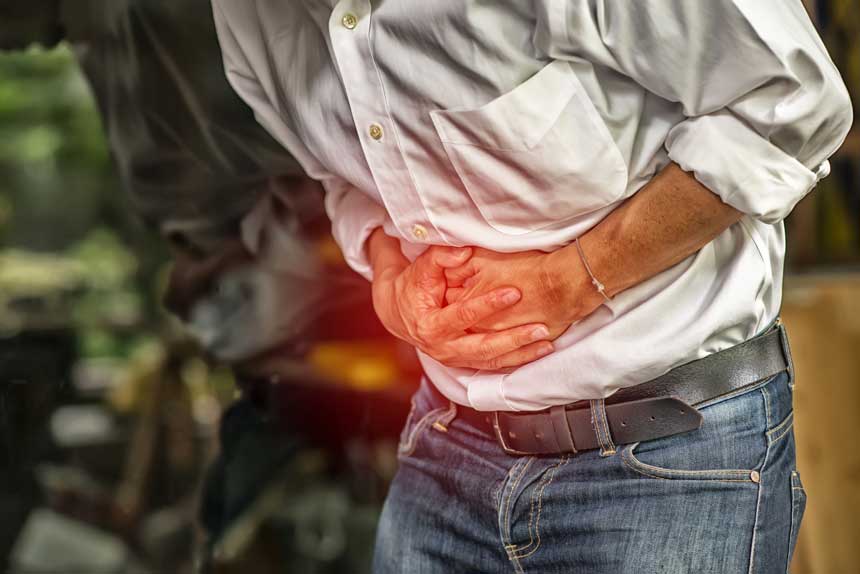 Depending on the actual cause of the blockage additional symptoms indicating towards that cause may exist. If you have any of the above symptoms you need to seek urgent surgical review.

A careful history will be taken and you will be examined in order to establish the diagnosis and identify potential causes for the blockage. Additional tests will be required to confirm the diagnosis and exclude other causes for your symptoms. These include urine tests, pregnancy tests for females, blood tests, x-rays, an ultrasound and/or a CT scan.

The treatment options will depend on the cause of the blockage and whether there are any signs or evidence to suggest that the bowel has burst or is dying (peritonitis). If that is the case an emergency laparotomy is required. Otherwise, a 24-48 hour period of observation using a “drip and suck” approach is commonly used. This involves stopping you from eating and drinking, as any more intake can make you vomit, giving you fluids through a drip and inserting a small tube through your nose in the stomach to drain all of the accumulating fluid. The aim is to rest and decompress the bowel in order to potentially resolve the blockage or to get you well enough in preparation for an operation.
If the blockage does not resolve with the above measures then surgery is the main treatment option in order to remove the obstruction and/or any unhealthy parts of the bowel. This is in the form of laparoscopic (keyhole) adhesiolysis, laparoscopic enterectomy, laparoscopic colectomy and/or stoma formation. The most appropriate treatment option will be discussed with you at an individualised basis.