Colorectal cancer is the third most common cancer both worldwide and in Cyprus. It is a cancer involving the lower part of your intestine. Colon cancer occurs when the cells in the bowel develop errors in their DNA which accumulate over time and start to grow uncontrollably beyond the normal control of the body mechanisms. The majority of colon cancers originate from small non-cancerous clamps of cells (adenomatous polyps) within the bowel wall. In a small number of people some of the DNA errors are inherited or DNA errors lead to the formation of big number of polyps in the bowel significantly increasing their risk of developing bowel cancer. Most polyps especially at the initial stages have no symptoms and for that reason doctors recommend regular screening tests including a colonoscopy to detect these polyps. 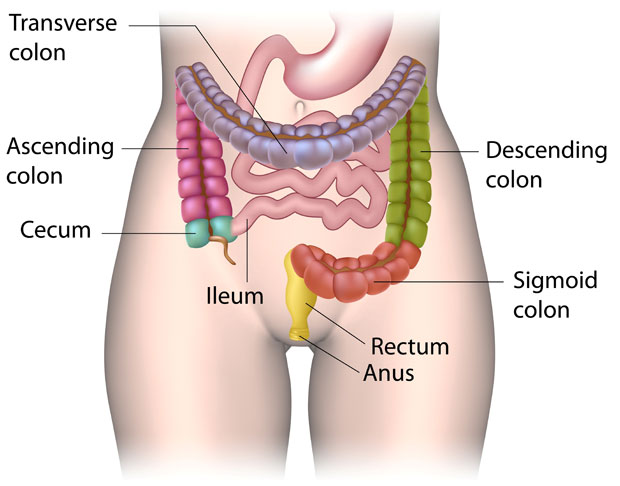 Colon cancer is more common in:

Lifestyle factors such as: 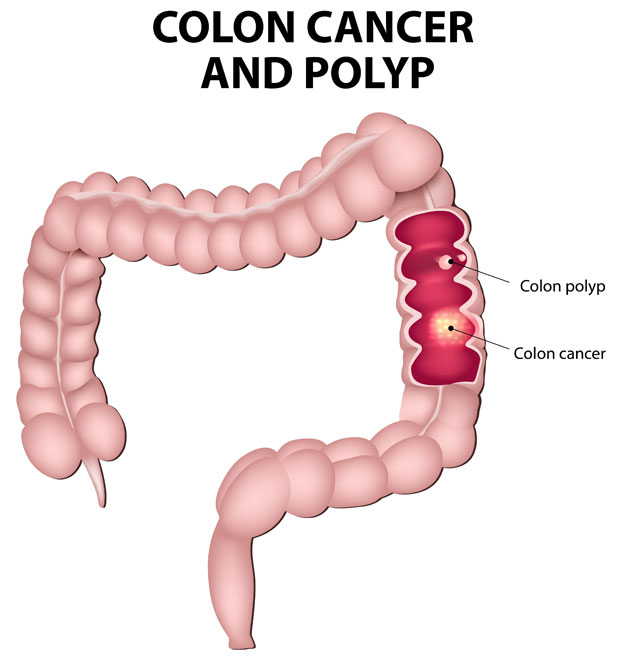 Common symptoms of bowel cancer include:

At consultation a detailed history of your symptoms will be taken and the relevant parts of your body will be examined. This involves an examination of the abdomen and back passage and sometimes may also require the use of a rigid sigmoidoscope to look into the lower part of the bowel. A number of blood investigations may then be requested and commonly a colonoscopy will be required in order to investigate the bowel, or a CT scan.
If bowel cancer is suspected during the endoscopy biopsies will be taken and a tattoo (dye) will be placed in the bowel wall to mark the area of concern. Further tests in the form of a CT scan of your chest, abdomen and pelvis will be required to ensure that there are no other worrying areas and the cancer has not spread beyond the bowel. If the cancer is in the rectum then an MRI scan of the rectum will be needed as it is the most sensitive test to assess disease in that area. Sometimes if a large polyp or early rectal cancer is suspected an endorectal ultrasound may be required in order to assess the lesion further as it may be feasible to remove it via a local minimally invasive procedure called TAMIS.

Once all the results are available you will be seen in the clinic and the various management options will be discussed with you depending on the stage of the disease, your general health and your expectations. In most cases treatment takes the form of surgery to remove the cancer which gives you the best chances to become free of cancer. This is commonly a laparoscopic colectomy or anterior resection to remove the part of the affected colon or rectal cancer, respectively, with its blood supply and lymph glands. In some cases chemotherapy or radiotherapy or a combination of the two may be needed prior to the operation in order to shrink the cancer.

If you decide not to have any treatment then the cancer will spread and potentially block your bowel causing you pain and sickness. At the same time it can bleed rendering you anaemic and weak and can also spread to the rest of your body. Chemotherapy with or without radiotherapy may be able to improve your quality of life.