Inflammatory bowel disease (IBD) is a generic term used to describe conditions causing chronic inflammation of the bowel. These include Ulcerative colits (UC) and Crohn’s disease (CD). Ulcerative colitis involves the formation of ulcers in the inner lining of the rectum and large bowel while CD involves deep ulcers and inflammation at any part of the digestive tract from the mouth to the back passage. Both conditions cause symptoms such as weight loss, malaise, abdominal pain and diarrhoea with or without bleeding.

The cause of these conditions is unknown with some evidence suggesting that exposure to certain viral infections leads to the immune system targeting the digestive tract. It usually affects people in their 30s but can occur later in the 50s and 60s and it is more common if a close family member is affected. Living in an industrialised country, the use of anti-inflammatory medication such as ibuprofen, naproxen or diclofenac and smoking in CD can increase the risk or worsen disease activity. 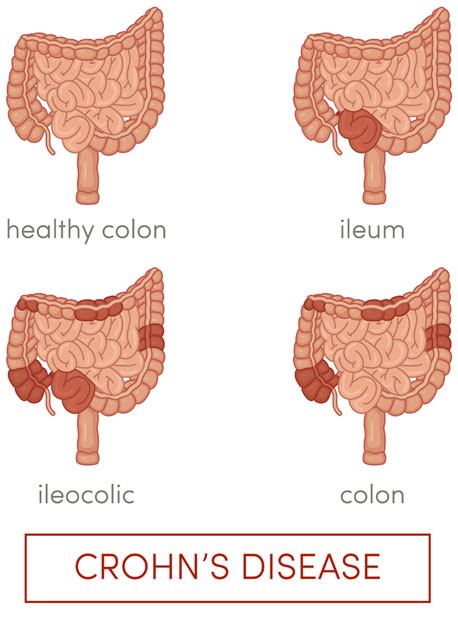 Investigations for IBD depend on the initial symptoms and will be aimed in excluding other disease and confirming IBD. These will include a number of blood investigations, stool cultures to rule out infection and potentially a CT scan or MRI scan of the small bowel. Colonoscopy with biopsies is usually very helpful in reaching a diagnosis.

IBD is usually controlled with medication but when medication fails or complications occur then surgery is often required. The surgical complications of IBD include blockage of the bowel, a serious condition called toxic megacolon where the bowel in UC swells up very fast and can perforate, formation of abnormal connection between bowel and/or skin (fistula) or formation of intra-abdominal abscesses or perforation of the bowel. After 10 years with IBD the risk of developing cancer of the bowel also increases leading to the need for regular colonoscopic surveillance.
In UC removal of the entire large bowel and rectum (pan-proctocolectomy) is considered curative. In the emergency setting the large bowel is removed and a stoma is formed leaving the rectum behind (subtotal colectomy) which can later be removed (proctectomy). Once the rectum has been removed the small bowel can be used to form a pouch to act as a reservoir in place of the rectum (ileoanal pouch formation) or some people may opt to keep their stoma. All of the above procedures are currently performed laparoscopically (keyhole).
In CD surgery is usually reserved to remove the damaged part of the digestive tract and rejoin the bowel back together. This is usually the end part of the small bowel requiring a right colectomy/ileocaecal resection and a temporary stoma may sometimes be required. Half of people undergoing the above procedure may not develop further disease. In cases of an anal fistula or peri-anal abscess around the back passage surgery may be required to drain the abscess and treat the fistula. Unfortunately surgery cannot cure CD and disease can reoccur at any part of the digestive tract.